Land of the Setting Sun EP 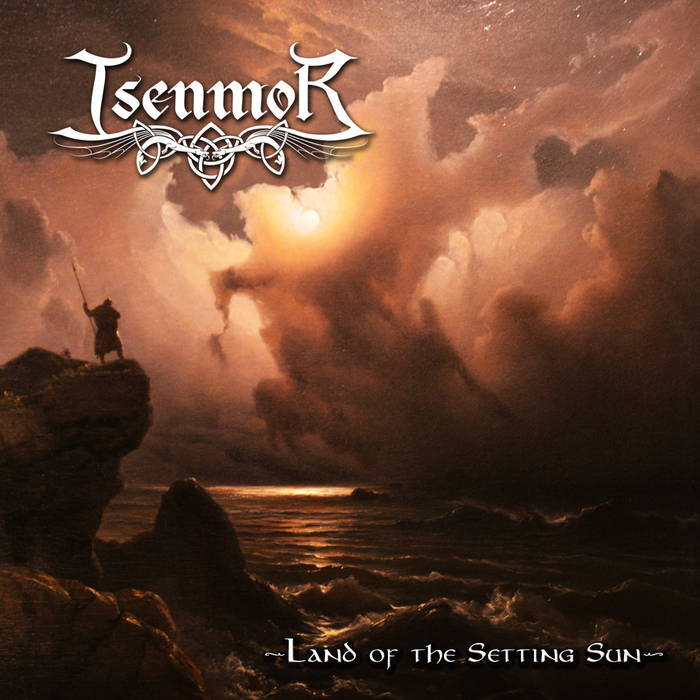 Arrogant Bastard Folk metal hasn't made a splash in the metal scene in years. Guess I gotta look back to get my fix.
Didn't have to go far, Isenmor's little EP is a breath of fresh air. The metal aspect sports a robust Ensiferum vibe and showers it in folky violin á la Eluveitie, ensuring Land of the Setting Sun is a joyful experience start to finish. Favorite track: Pyre.

Antar Wolfheart I just discovered this band here on bandcamp and I just had to buy their stuff, powerful folk metal, recommended! Favorite track: Pyre.

Re-recorded, re-released version of our 2015 debut EP, Land of the Setting Sun!

BANDCAMP EXCLUSIVE: Get Land of the Setting Sun here on Bandcamp right now before it's available on iTunes, Amazon, Spotify, and Google Play! All digital & CD orders prior to the release date (10/14/2016) will receive an immediate download of all 5 EP tracks! CD orders will be shipped on or before the release date.

ISENMOR’s debut self-released EP, Land of the Setting Sun, was originally released on June 21st, 2015, the day of the Summer Solstice. Upon selling out of the first run of CDs, the band re-recorded the entire EP from scratch with their new lineup. The re-release, out on October 14th, 2016, captures the heart of the original release, but with significantly higher production quality.

The EP opens with “Death is a Fine Companion,” a song as brutal and chaotic as the tale of battle it tells. “Pyre” follows as a somber reminder of the reality of war and the lives it costs. The powerful title track, “Land of the Setting Sun,” captures the spirit of adventure and curiosity in men that inspired the voyages of discovery to Vinland. “So Willingly Deceived” is a solemn track, mourning men’s abandonment of their old gods for Christianity. And like a good drink at the end of the day, the EP finishes with the lively closer “The Old Mead Hall.”

Land of the Setting Sun’s cover artwork features a painting by Knud Baade, a 19th century Norwegian painter. The inner artwork are depictions of the Valkyries (referenced in “Pyre”) and Skinfaxi (Shining Mane) & Dagr (Day) and Hrimfaxi (Frost Mane) & Nott (Night) pulling the sun and moon across the sky on chariots, (referenced in “Land of the Setting Sun,”) drawn by English illustrator John Charles Dollman.

ISENMOR is dual-violin-fronted Gewyrdelic Folc Metal. Combining elements of folk metal greats ENSIFERUM, HEIDEVOLK, ELUVEITIE, FALKENBACH, and TÝR, ISENMOR fuses the heart of the Old World with the spirit of those who sought out new shores.

Bandcamp Daily  your guide to the world of Bandcamp

Guest hosted by Tamar Osbourn aka Collocutor and Toshio Matsuura.